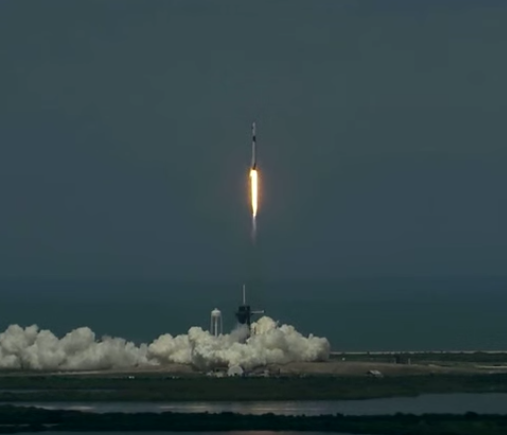 CAPE CANAVERAL, Fla. - For the first time in nearly a decade with rain in the forecast but with clouds clearing in time for the launch, two Americans on Saturday thundered away from the Earth's surface at 3:22 p.m. Elon Musk’s SpaceX company built something with speed but ran into different challenges including parachutes, in the last few months.

President Donald Trump, who came to Florida to watch, proclaimed: “Today we once again proudly launch American astronauts on American rockets, the best in the world, from right here on American soil.” He vowed the U.S. will be the first to land on Mars, promising a “future of American dominance in space.” Also who attended with the First Lady Trump, Vice President Pence, the 2nd First Lady, Wilbur Ross,  Dan Brouillette, Betsy DeVos, Chad Wolf, John Ratcliffe, Barbara Barrett, Mark Milley, David Goldfein, Jay Raymond, Jim Bridenstine, Bob Cabana, and you can see the other names who did attend by clicking here. 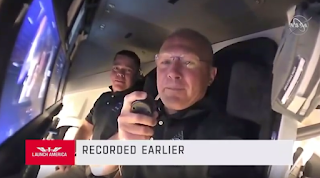 The two men are scheduled to arrive Sunday at the International Space Station, 250 miles above Earth, to join three crew members already there. After a stay of up to four months, they will come home with a Right Stuff-style splashdown at sea, something the world hasn’t witnessed since the 1970s.

House Science, Space, and Technology Committee Ranking Member Frank Lucas said; “Today marks a new era in space travel,” Lucas said. “It’s been nearly ten years since we last launched American astronauts from American soil on an American rocket. The successful launch today is the culmination of years of hard work and commitment through NASA’s Commercial Crew Program. It demonstrates the importance of public-private partnerships and it’s an important step towards safe and cost-effective commercial transportation to low-Earth orbit. That opens up a world of opportunities, including expanded research on the ISS. And it gives us the ability to focus on the next phase of American space exploration: returning humans to the Moon and venturing on to Mars. I wish Astronauts Bob Behnken and Doug Hurley the best of luck on this mission, and I thank all the dedicated employees at NASA and SpaceX that made this possible. I also thank all those involved in prioritizing the crew’s well-being by waiting until conditions were right for a safe launch. I’m proud to continue working with President Trump, Vice President Pence, and their Administration on their bold vision for American leadership in space.” 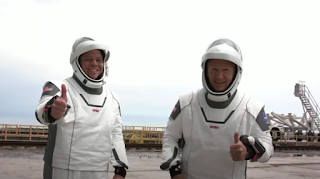 The mission, which will carry astronauts Robert Behnken and Douglas
Hurley to the International Space Station was originally supposed to start on Wednesday, May 27, but was postponed due to bad weather caused by the Tropical Storm Bertha, 16 minutes and 53 seconds prior to the launch.
The mission is called Launch America. Douglas introduced the name of the Dragon Capsule. Douglas said; "Welcome to Capsule Endeavour."
Email ThisBlogThis!Share to TwitterShare to FacebookShare to Pinterest
Newer Post Older Post Home