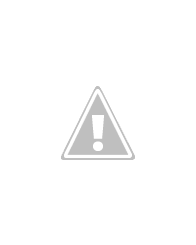 The suspect, Donwayen Anthony Dixon (b/m, 24), is charged with capital murder in the 177th State District Court.  He is accused in the death of Henry Gotal Bonilla, 29, who died of his injuries at Clear Lake Regional Medical Center.

Patrol officers were dispatched to a shooting call at the apartment complex at the above address and observed Mr. Bonilla on the ground with several gunshot wounds.  Paramedics transported Bonilla to the hospital where doctors pronounced him deceased 10 days later.

Further investigation identified Dixon as a suspect in this case.  He was arrested last Thursday (July 30) in the 7200 block of T.C. Jester without incident.  A second suspect remains unidentified.

Anyone with information on the identity of the second suspect or this case is urged to contact the HPD Homicide Division at 713-308-3600 or Crime Stoppers at 713-222-TIPS.